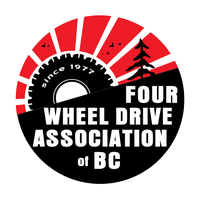 We have held the annual cleanup at West Stave since 2002 and have made a huge impact for the better to that area.

We were the first to get in there and adopt this forest service road with cleanups to mitigate the garbage issues which included local residential dumping, local commercial dumping, recreational shooting debris, local lawn and garden and bush trimmings, grow op waste, and the like.

After 18 years, the area is in much better condition.  We have noticed a lot less dumping over the last number of years and now that there are 4 campgrounds and a youth camp, the road sees active maintenance and cleanup from government authorities.

The Four Wheel Drive Association of BC has decided to re-envision our annual cleanup to continue to address our distinct interests in this area; in particular, for next year, we are planning to move this cleanup forward by a couple of months to focus on the mud flats, with a thorough cleanup complete with magnet dragging to collect as many nails as possible.

I would like to thank our hundreds of volunteers for their commitments of labour for this event, which really became a mainstay of this organization and put wheelers in a good light.  I would also like to thank Davies Sand and Gravel and Lloyd Davies and Dean Anderson, C&C Trucking and Wanda Fairbairn, the District of Mission, and Yogi for his backhoe work.

Thank you and we will see you at the new event, probably April of 2020.