Four Wheel Drive Association of BC has committed to a $10,000 donation to the Nicola Valley Fish & Game Club. 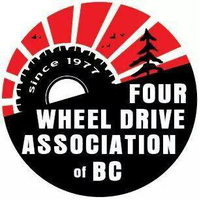 With a mandate to advocate for public access to public land, the Four Wheel Drive Association of BC does extensive stewardship work throughout the province.  They promote recreational activities involving the off-pavement use of four-wheel-drive vehicles, encourages multiple land use, and advocate for access to the back-country. In addition, the 4WDABC advocates for responsible attitudes toward the use of public and private lands and inform and educate our members and the public in wise and sensible use of four-wheel-drive vehicles.

The court dispute originated in the early 1990s when public access to several lakes in the Merritt area was closed by the Douglas Lake Cattle co.  Lakes and rivers situated on Crown Land, but surrounded by private lands, are legally accessible by all public members as long as one can reach it through public roads or an established right of way. This situation can be seen in many areas throughout the province, particularly on Vancouver Island, where delays in completing the 770-kilometre Vancouver Island Spine Trail facing similar obstacles from landowners.  Traditional access to areas where families camped and children grew up are no longer accessible.

In 2018 a landmark victory occurred; the courts found the decision favouring the Nicola Valley Fish and Game Club in their battle with Douglas Lake Cattle Company for access to Minnie and Stoney Lakes. However, in early 2021, an appellate court reversed the decision.  The judgement reading “Unlike other jurisdictions, British Columbia does not have public access legislation.” As a result, court action continues, with hopes to take the case to the Supreme Court.

Public access to public land is at the heart of the Douglas Lake Cattle Co. legal battles; the outcome will have a powerful impact on the future of all public land in BC that is currently gated.  To help support this precedent, The Four Wheel Drive Association of BC has committed to a $10,000 donation to the Nicola Valley Fish & Game Club.

For more information on the 4WDABC and how they support the mandate of public access to public land, please visit www.4wdabc.ca.

Established in 1977 and based in BC, the 4WDABC works to protect the rights of an individual by providing support for the united voice of responsible four-wheel-drive owners in the province of BC.