You've indicated that you are not attending this event.
You've successfully registered for this event.

Login to RSVP for this event or RSVP without logging in.

2021 AGM Resolutions
*There have been no submitted resolutions to be presented at this year's AGM.

2021 AGM Elections
We have four Director positions concluding their term in 2021, with elections being held at the AGM.

Open Director positions are as follows:

In the next few weeks, we will be sending out more detailed information regarding Director nominations, member voting, and polling for our Wheeler of the Year and Volunteer of the Year awards.

In brief:
Director Nominations - Our Board of Directors strongly recommends those who may be interested in running contact nominations@4wdabc.ca so that candidates will have the opportunity for their biographies to be distributed officially, along with other elections information leading up to the day. Interested candidates may also be interested in learning more about the positions they are running for, and by reaching out to the email above, those requests can be accommodated. More information, including full Director descriptions, will be available shortly when the Association opens the call for nominations.

Member Voting – Our current Board of Directors will implement electronic voting for this
year’s AGM to present a more Provincial representation at the AGM and reflected in Association business. We encourage members to ensure their memberships are in good standing (paid up to at least March 20th to be eligible to vote) and their online profiles are updated.

Wheeler of the Year/ Volunteer of the Year – It’s that time of year again where we would like to recognize those who have generously donated their time and energy to help promote the values and goals of the Association. In the next few weeks, look for an email calling for nominations for our two annual awards: Wheeler of the Year and Volunteer of the Year. In the meantime, start thinking about who inspired you, helped you or overall created a sense of community in your area. We will call for nominations for the awards in the next few weeks, at which time we will open polling to all members. Winners will be announced in–person at our AGM. More information and detailed descriptions will be available in the next newsletter.

We would also like to remind all Member Clubs to renew their memberships for 2021, in time for the AGM on March 20th. 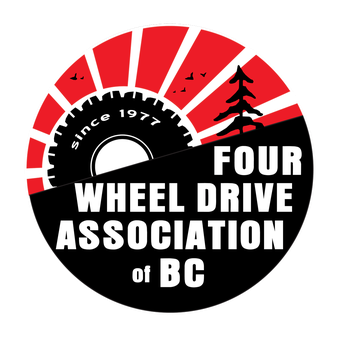